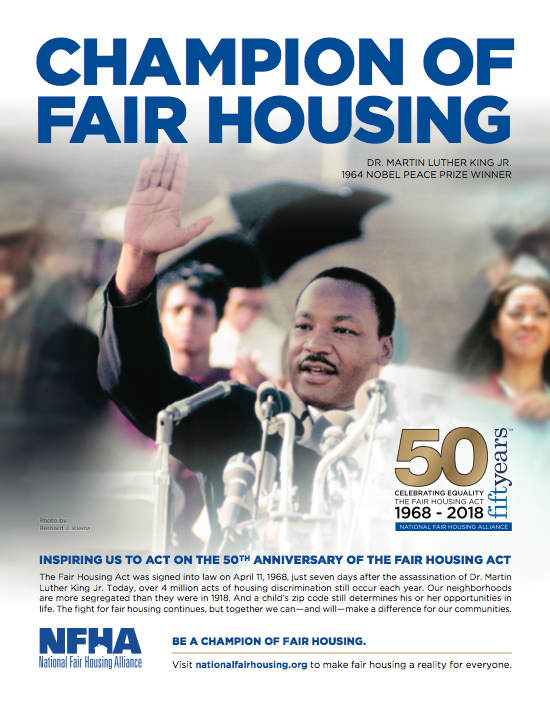 The Fair Housing Act was signed into law on April 11, 1968, just seven days after the assassination of Dr. Martin Luther King, Jr. Today, over 4 million acts of housing discrimination still occur each year. Our neighborhoods are more segregated than they were in 1918. And a child’s zip code still determines his or her opportunities in life. The fight for fair housing continues, but together we can – and will – make a difference for our communities.

Learn more about how the Fair Housing Act was passed days after Dr. King’s death, by watching the short documentary, “Seven Days”, produced by Nationwide.