March 27, 2018, New York City – Today, the National Fair Housing Alliance (“NFHA”) and three of its member organizations filed a lawsuit against Facebook, Inc. in federal court in New York City, alleging that Facebook’s advertising platform enables landlords and real estate brokers to exclude families with children, women, and other protected classes of people from receiving housing ads. With almost 2 billion users, Facebook customizes the audience for its millions of advertisers based on its vast trove of personalized user data. After being warned repeatedly about its discriminatory advertising practices, Facebook continues to use this data to deny people access to rental housing and real estate sales ads because of their sex and family status.

The lawsuit alleges that Facebook has created pre-populated lists that make it possible for its housing advertisers to “exclude” (in Facebook terminology) home seekers from viewing or receiving rental or sales ads because of protected characteristics, including family status and sex. Plaintiffs conducted investigations in each of their respective housing markets that confirmed Facebook’s discriminatory practices.

Plaintiffs created a non-existent realty firm and then prepared dozens of housing advertisements that they submitted to Facebook for review. Facebook provided Plaintiffs with specific lists of groups they could exclude from receiving the ads, including families with children, moms with children of certain ages, women or men, and other categories based on sex or family status. The investigations also revealed that Facebook provides housing advertisers with the ability to exclude certain “interest” categories from receiving ads that are disability-based (e.g., people who are interested in disabled veterans or disabled parking permits) or national origin-based (e.g., people who are interested in English as a second language). Starting in 2016, an investigation by the news organization ProPublica found that Facebook’s ad platform permitted advertisers for a variety of goods and services, including housing, to exclude African Americans, Latinos, and Asian Americans from receiving ads. As the Complaint explains, while Facebook has recently removed some of these options, it continues to violate fair housing laws that prohibit discrimination in other ways.

Exhibits attached to the Complaint show screenshots of many of the discriminatory exclusions that are currently available to housing advertisers. A copy of the Complaint is available at https://nationalfairhousing.org/facebook-complaint/.

“Amid growing public concern in the past weeks that Facebook has mishandled users’ data, our investigation shows that Facebook also allows and even encourages its paid advertisers to discriminate using its vast trove of personal data,” said Lisa Rice, NFHA’s President and CEO. “Facebook’s use and abuse of user data for discriminatory purposes needs to stop. It is already a challenge for women, families with children, people with disabilities and other under-served groups to find housing. Facebook’s platform that excludes these consumers from ever seeing certain ads to rent or buy housing must be changed immediately. Facebook ought to be opening doors to housing opportunities instead of closing them,” Rice added.

FHJC’s Executive Director Fred Freiberg stated, “Facebook enables a real estate company or landlord to discriminate by selectively targeting housing advertisements to exclude specific populations.” Freiberg added, “Facebook’s platform is the virtual equivalent of posting a for-rent sign that says No Families with Young Kids or No Women, but it does so in an insidious and stealth manner so that people have no clue they have been excluded on the basis of family status or sex.”

“The illegal exclusion of women and children from housing opportunities should never be an option,” said Keenya Robertson, President and CEO of HOPE, Inc. “Such an option should not only trigger one’s sense of right and wrong, but simply offend one’s common sense.”

“This year is the 50th anniversary of the Fair Housing Act, the final great legislative achievement of the civil rights era,” said Sandra Tamez, FHCGSA’s Executive Director. “We are still fighting to increase housing opportunities for historically excluded groups such as women with children and persons of color, and to end the discrimination in advertising that persists today, albeit in new forms on Facebook and other online platforms.”

“Facebook has known for years that its advertising platform violates civil rights laws, but it has refused to change its ways on a voluntary basis,” said Diane L. Houk, one of Plaintiffs’ attorneys. “Facebook is not above the law and must answer these civil rights claims in court.”

“Facebook announced this year that its new mission is to bring the world closer together, but this remains empty corporate jargon as long as Facebook discriminates in its ad platform,” said Katherine Rosenfeld, another of Plaintiffs’ attorneys. “If Facebook truly wants to bring the world closer together, it could start tomorrow by giving female-headed families with children equal access to Facebook advertisements for apartment rentals.”

Founded in 1988, the National Fair Housing Alliance is a consortium of more than 220 private, non-profit fair housing organizations, state and local civil rights agencies, and individuals from throughout the United States. Headquartered in Washington, D.C., the National Fair Housing Alliance, through comprehensive education, advocacy, enforcement programs, and neighborhood-based community development programs, provides equal access to apartments, houses, mortgage loans, and insurance policies for all residents of the nation.

Housing Opportunities Project for Excellence, Inc. is a thirty year old, non-profit Fair Housing organization whose mission is to fight housing discrimination in Miami-Dade and Broward Counties and to ensure equal housing opportunities throughout Florida.

The Fair Housing Council of Greater San Antonio is a private, non-profit 501(c)(3) corporation founded in 1996 to promote fair housing and eliminate discriminatory housing practices in the areas of rental housing, real estate, mortgage lending, and homeowners’ insurance. Originally established to serve the residents of San Antonio and Bexar County, FHCGSA has expanded its service area to include 36 other counties in South Texas.

Emery Celli Brinckerhoff & Abady LLP is a litigation boutique that focuses on civil rights, commercial, criminal, and ethics matters. We represent individuals, businesses, and institutions in all aspects of litigation and pre-litigation dispute resolution, from negotiation, mediation and arbitration, through hearings, trials, and appeals. 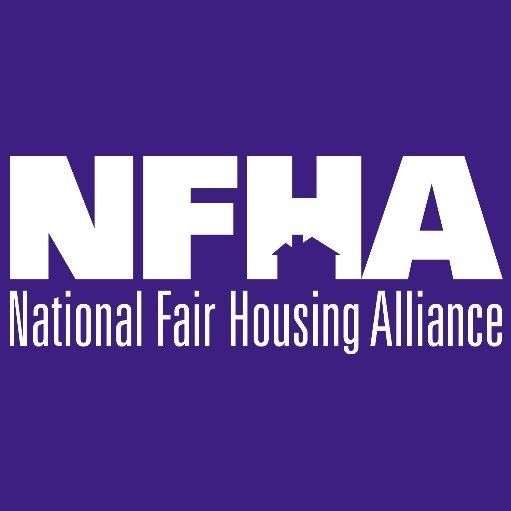