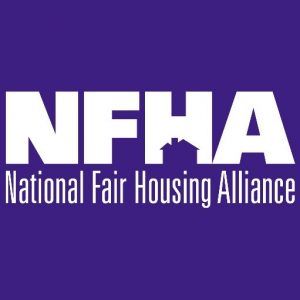 Civil Rights, Housing, and Community Development Organizations Call on HUD to Maintain a Critical Fair Housing Tool and Not to Roll Back the Promise of the Fair Housing Act

Nearly 50 years ago, Congress adopted the Fair Housing Act, landmark legislation necessary to end discrimination in housing and eliminate the barriers created by segregation.  The AFFH regulation —designed with considerable public input and piloted extensively — was adopted in 2015 and was a critical and long overdue step in carrying out Congress’ intent. It provided jurisdictions with a roadmap and tools for compliance and included measures for accountability.  Without warning, HUD has decided effectively to suspend the regulation, leaving local jurisdictions confused, giving local residents less voice in important decisions about their communities, and reinstating an approach to fair housing that the Government Accountability Office found to be ineffective and poorly administered.

“HUD’s effective suspension of the rule does nothing to help local governments fulfill their fair housing responsibilities to create equitable, healthy communities and provide access to housing without discrimination,” says Angela Glover Blackwell, CEO for PolicyLink.  “It is the wrong move, particularly at a time when housing needs are so severe and housing and community development resources are so scarce.  And by taking this step, HUD is abrogating its duty to carry out the mission Congress assigned it 50 years ago.”

“Americans strongly believe that a zip code should not determine a child’s future, and that everyone – regardless of their race or national origin, the language they speak, or whether they have children or have a disability – should have access to the opportunities they need to succeed,” said Shanna L. Smith, president and CEO for the National Fair Housing Alliance.  “But we are falling short of achieving that goal.  Actions taken over many years by HUD, other government agencies and the private sector have left us more segregated than we were 100 years ago.  That has led to concentrated poverty and weaker communities and undermines our prosperity.  We need HUD to enforce this important rule, not suspend it.”

“The administration’s abrupt decision to effectively suspend this critical regulation is misguided,” says Diane Yentel, president and CEO of the National Low Income Housing Coalition.  “The federal government, states and local communities have been required by law since 1968 to work to undo the segregated communities that federal housing policy created in the first place.  Suspending the tools that help communities meet that obligation, without any input from key stakeholders, is a step in the wrong direction.”

“The obligation of local governments to ‘affirmatively further fair housing’ is essential to fulfill the promises of the Fair Housing Act, particularly this year, the 50th Anniversary of this key civil rights law,” said Sherrilyn Ifill, President and Director-Counsel of the NAACP Legal Defense and Educational Fund, Inc. “HUD’s proposed suspension would roll back one of the law’s most critical tools to correct structural inequality and racial segregation and represents yet another attack by this Administration on communities of color across the country.”

“HUD’s decision to suspend a critical rule that has helped promote fair housing across the country is firm demonstration of Secretary Ben Carson’s hostility to fair enforcement and implementation of the Fair Housing Act,” said Kristen Clarke, president and executive director of the Lawyers’ Committee for Civil Rights Under Law.  “We will not stand by idly as HUD works to roll back the important gains that have been made to promote fair housing opportunities across the country.”

HUD’s announcement today is a serious loss for fair housing and puts the promise of making every neighborhood a community of opportunity further out of reach.  We call on HUD to reverse its decision, withdraw this notice, and move ahead with implementation and enforcement of this important fair housing rule.  And we call on Congress to provide policy and budgetary oversight of HUD to ensure it is delivering on the promise of fair and equitable housing.

This statement is issued on behalf of: